I sat in the passenger seat at the stoplight idly looking out the window.

On the corner a man stood holding a sign "Hungry. Ready to work. I just need a chance."

The used car dealership across the street streamed with flags fluttering in the wind; promises of hopes and dreams.

A young girl stood at the bus stop with a book bag, long braid, and standard uniform of jeans and t-shirt.

She was talking to someone.

This was not a conversation.

She was shaking her head and curling in on herself. Trying to ignore whatever it was that the man in the pickup truck was saying to her 25 feet away.

He kept talking and she kept shaking her head; stepping away, moving away...defenseless.

Why didn't I get out of the car when no one else moved forward from the gas pump or the bus shelter?

Why didn't I step in front of her offering protection and solidarity?

Why didn't I understand what was happening before the light turned green and we drove away?
Posted by Sarah at 2:00 AM No comments: Links to this post

Sometimes things fall into place through absolutely no fault of your own. Because your vision was rather dim and murky with a vague label of "survival" haphazardly pasted on top. And the greater vision is deeper, harder and more nuanced and beautiful than anything conceived in a mere human brain.

But suddenly, labels, which so often are touted as stifling and limiting, open doors to knowledge. And that knowledge delivers some freedom from guilt and worry. Hope creeps in and maybe a smidgen of extra patience piggybacks in with it.

A connection, two years deep that bring a guaranteed smile to her little face every week, suddenly expands beyond music and brings the soul-deep relief connection one feels when they hear "Oh, me too!"

Our support network has expanded in ways that feel bigger than mere numbers.

The days are busy, so, so busy, can I say busy 50 more times just to emphasize how busy it all feels? But, not in the head down, push through it and try to remember to breathe way.

The sun has been streaming through my extremely dirty windows and I have actually noticed. And today, the surf broke on the sand and the weather pushed 70 degrees (in January!) and we all smiled and laughed and yelled with delight.
Posted by Sarah at 2:00 AM No comments: Links to this post

Dismantling means that eventually you have to rebuild.

But in order to rebuild you have to have a plan.

And to have a plan you have to know your terms. 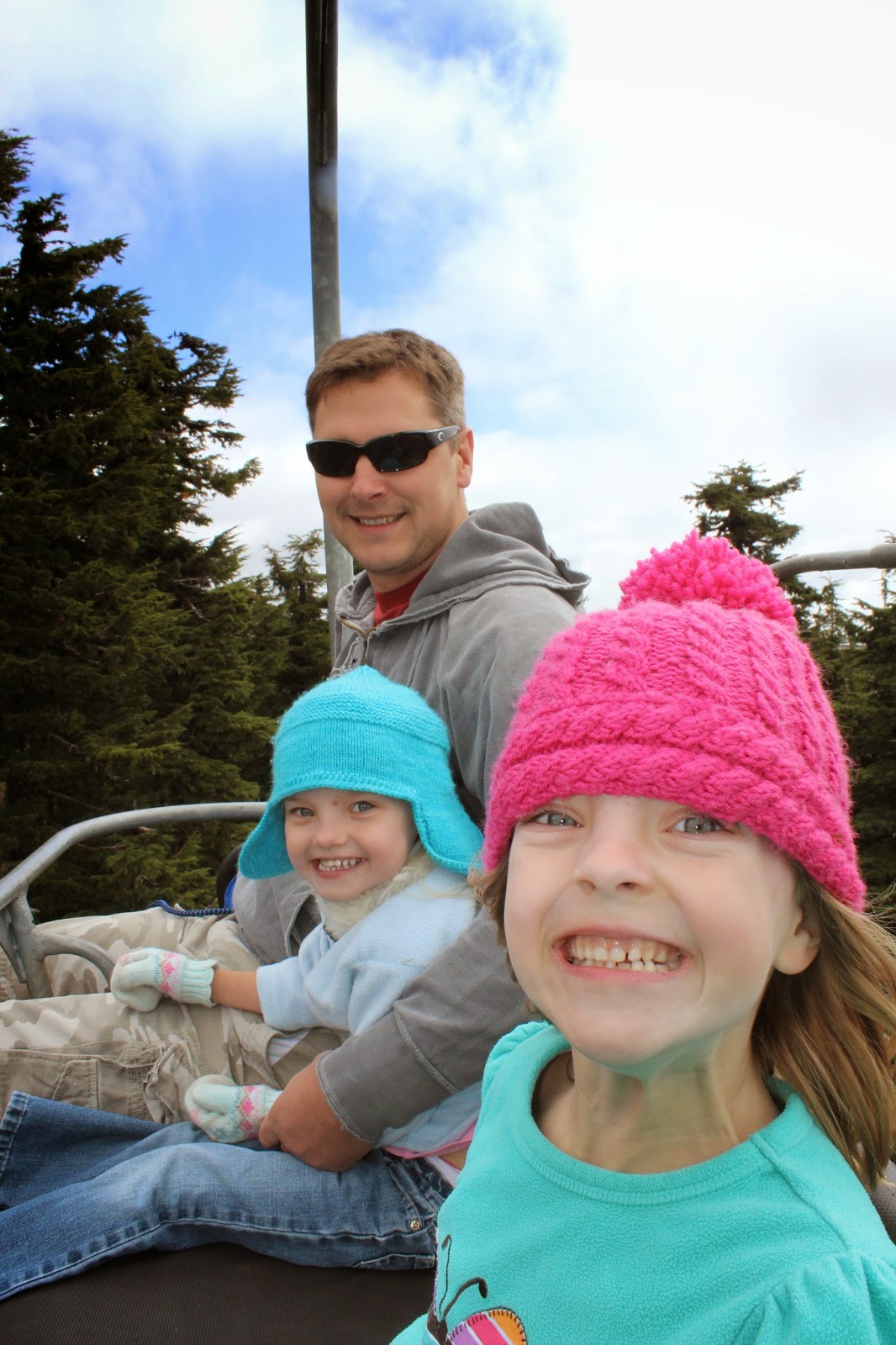 I'm kicking "normal" to the curb.

There's no such thing.

It's actually just whatever I happen to be comfortable with at the moment.

And that's not necessarily completely informed or thought out. Or maybe it is but then two years from now I have new information and experiences and "normal" has changed.

Normal hems in and boxes up.

Normal makes me live with "shoulds" and makes me feel guilty when I don't live up to that arbitrary line.

And, why am I striving for "normal" when I would never use that word to describe who I am?

Crazy. Busy, Creative. Quiet. Thoughtful. Intelligent. Balancing on the edge of a full on breakdown...

Normal isn't even in the running.

So, I'm really working on banishing that word from my vocabulary in favor of a million other more accurate descriptions.

Because the nuances in my life give it color and meaning that is far more than normal. 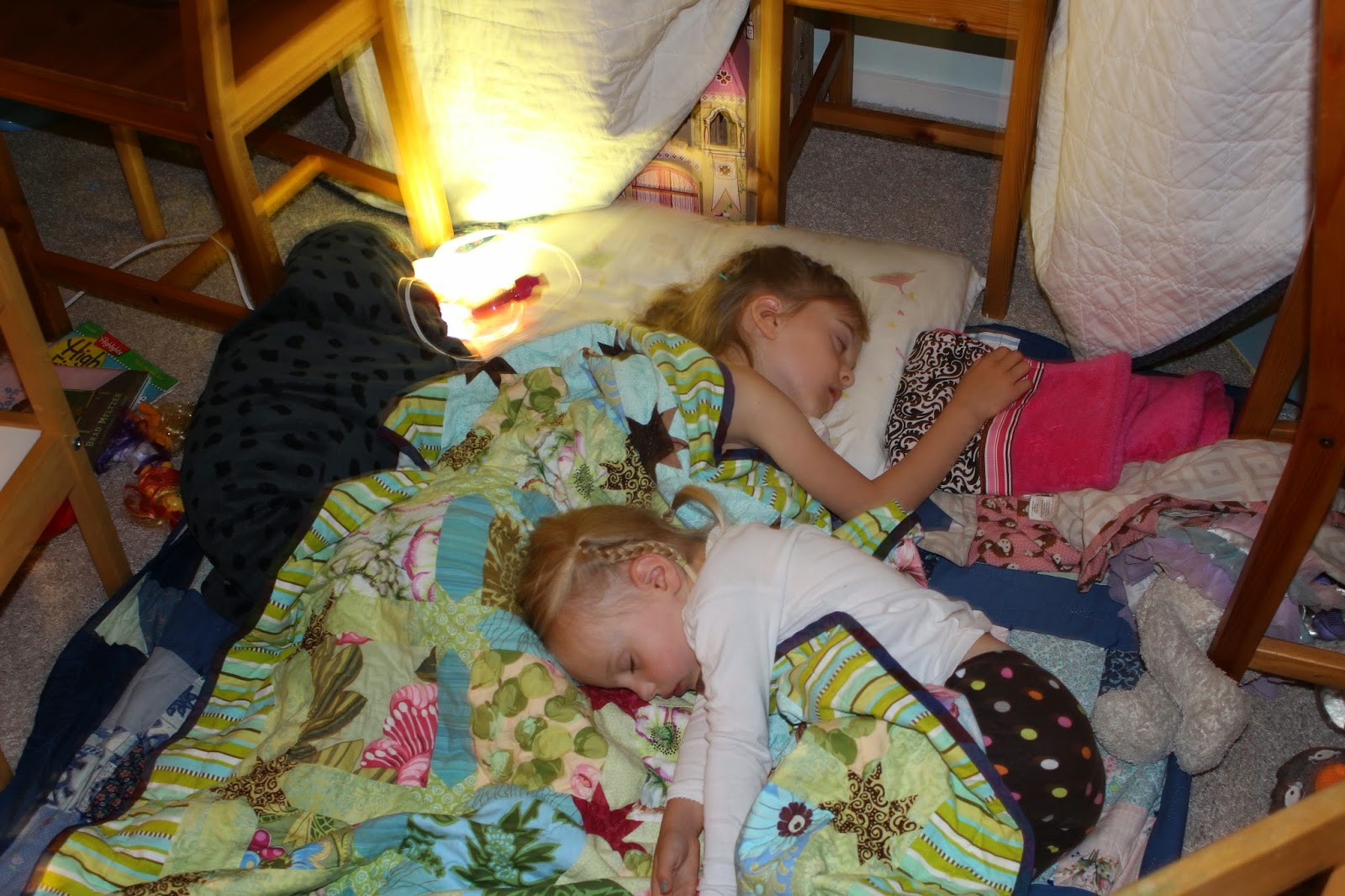 Posted by Sarah at 2:00 AM No comments: Links to this post

Email ThisBlogThis!Share to TwitterShare to FacebookShare to Pinterest
Labels: cookie, family, thinking about life, words to live by

I have been systematically dismantling the safe structures around me; the visible and unseen.

Once I said "I want to be comfortable, but not too comfortable. I think we should actively look to disrupt our lives."  Then I took my words literally...

As I'm wont to do, I tend to mull things over and over. Carefully thinking through all of the possibilities (whether this is in building a story or restructuring my life...it's all the same). Then, one day, I jump. Into the deep end. Then I try to find my way to the surface while also trying to remember to keep a look out for the undersea beauty. Oh, and not drown.

So, if I ever am quiet and still, don't be fooled. It's mass chaos inside my head. 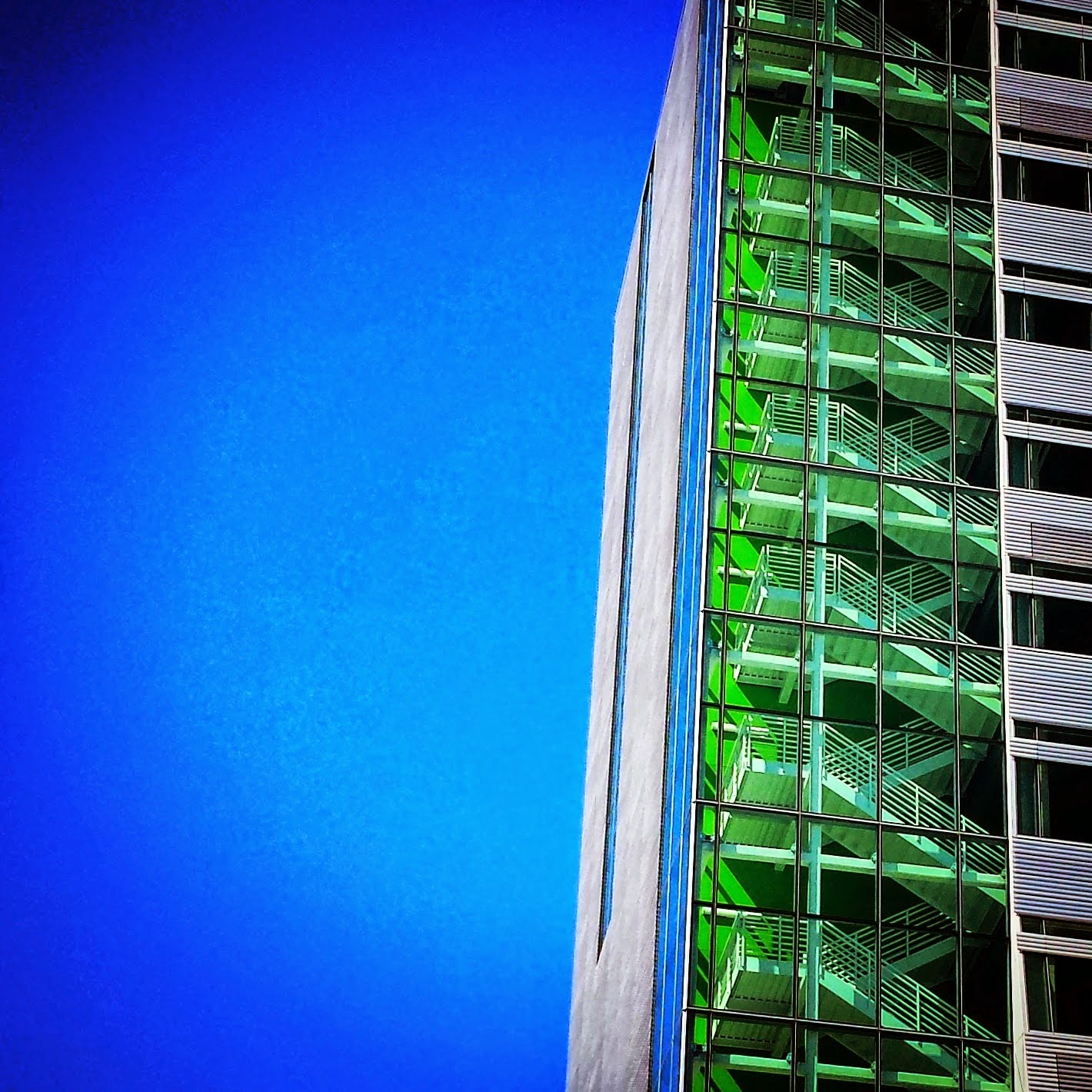 Email ThisBlogThis!Share to TwitterShare to FacebookShare to Pinterest
Labels: daily, thinking about life, words to live by

Six months ago I listed a bunch of activities that The Princess could choose from to participate in. Much to my surprise she chose Karate. Upon arrival at her first lesson (at the business closest to our home, because I wasn't going to drive a long ways on a whim!) I found out that they also had classes for three year olds. And, since I felt bad for Sweet Pea whose life was basically defined by tagging along on her older sister's life, I signed her up too.

Unbeknownst to me, I signed up for the family plan. The family plan that included free classes for parents...  "Oh, that's a nice," I thought.

But I am budget minded, and FREE classes just really shouldn't be wasted, so I sent Steve off to his first class.

When he came back he made me promise I'd go the next night so, with MUCH trepidation, I went. Not to Karate classes - those are just for the kids. I'd somehow signed up for Krav Maga classes.

Oh, you've never heard of it?  Neither had I...  My first class involved a twenty minute death trial that the instructors jokingly called a "warm-up", a quick stretch, and then 30 minutes of learning how to punch correctly ("you're punching THROUGH the jaw, you can dislocate it right here...") and get out of a choke hold.

Seriously, have you ever even thought about getting out of a random choke hold around your neck?

It was totally crazy and totally intriguing and so I went back a second time. And a third. And then I bought an extra shirt (cause you have to wear the right attire, duh). And then I started getting twitchy if something messed with my schedule. I even skipped a couple of naptimes to go to the noon class because I wasn't going to make it to the evening one. (She's ALMOST 4, she can handle it!!  I rationalize well.)

Which brings us to six months later.

I spent 3 1/2 hours in a Krav Maga qualifier to advance to a yellow belt status this past Saturday. I haven't been that nervous in a long time. Nervous for a week in advance. Nervous enough to make stupid mistakes at practice. Nervous enough to choke down food when I wanted to throw it up. Nervous enough to stand at the door and wait for my partner's arrival (we've been practicing together for three months. She's THE BEST!) and hug before we proceeded to punch, kick and choke each other.

At the end we were all shaking, nerves annihilated by exhaustion. We had bruises, scratches, black eyes and jammed fingers. And I accomplished something that was never even on my "to-do" list. Next week I go back, theoretically capable enough to don headgear, pads, and gloves to learn how to kick, punch, and defend myself even more. And I'm pretty excited about it! 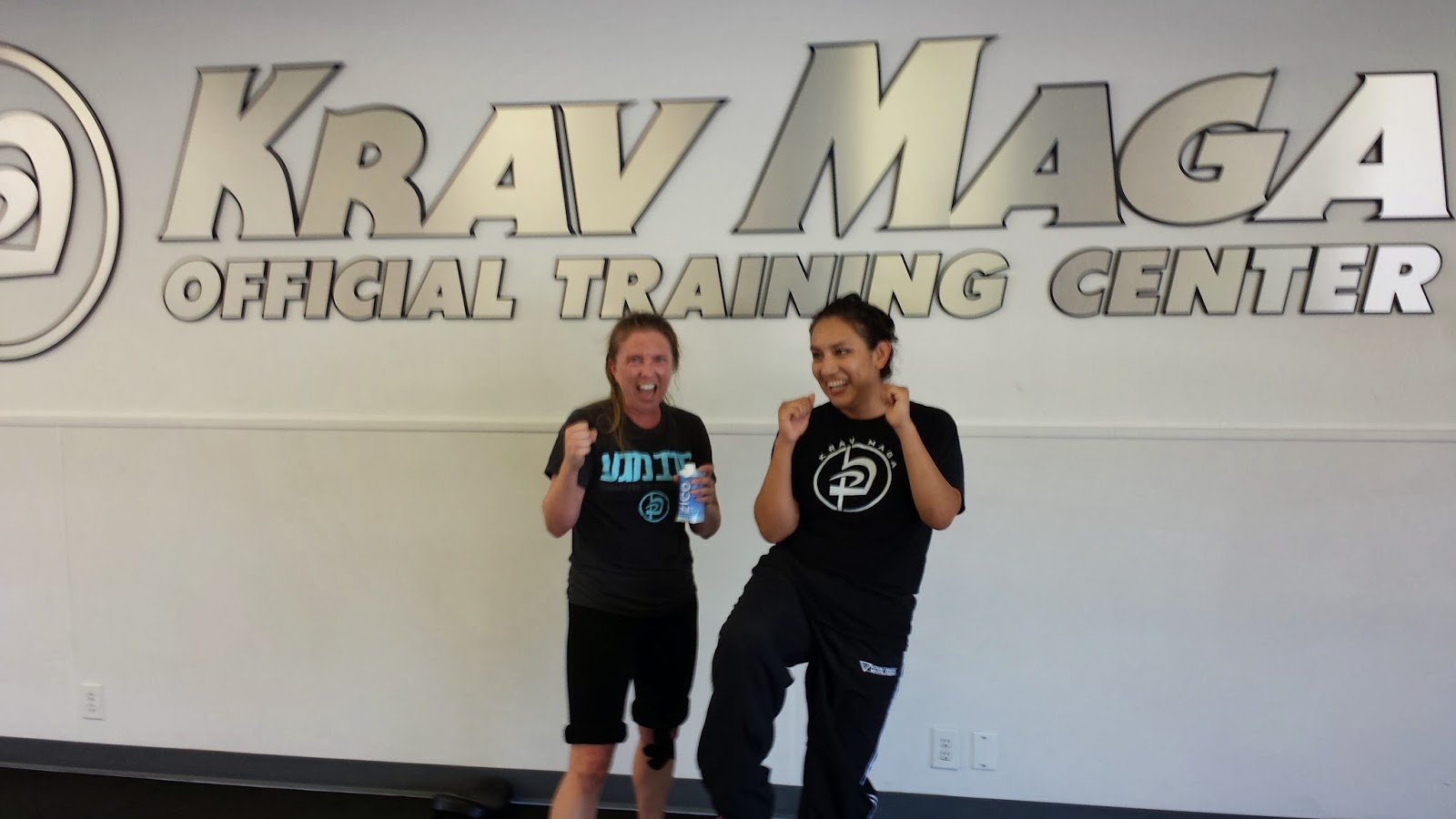 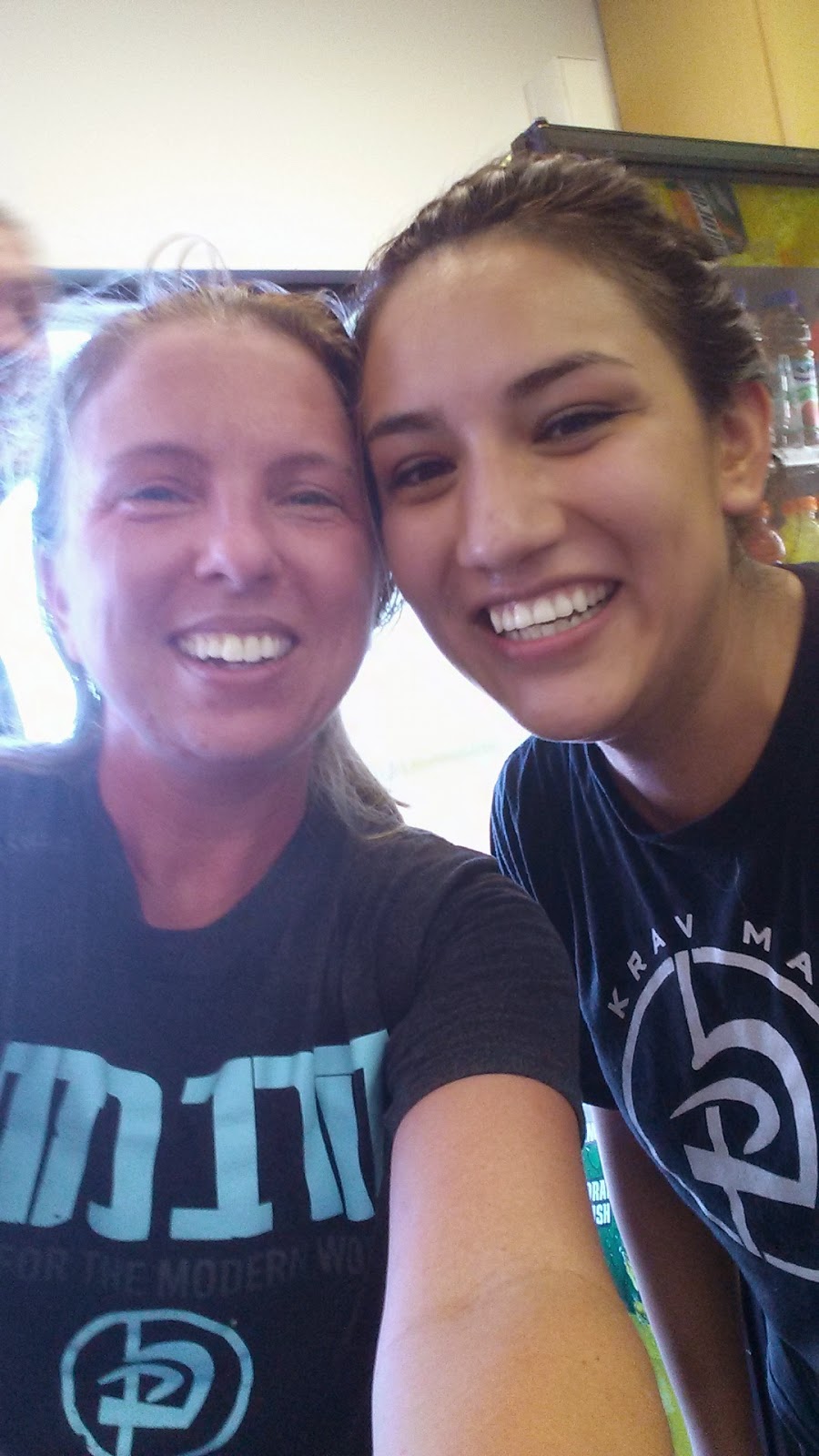 There are good friends.

There are friends who are there through thick and thin.

There are friends who adopt you as family.

And I am so thankful for each and every variety.

Friendship is such a gift. 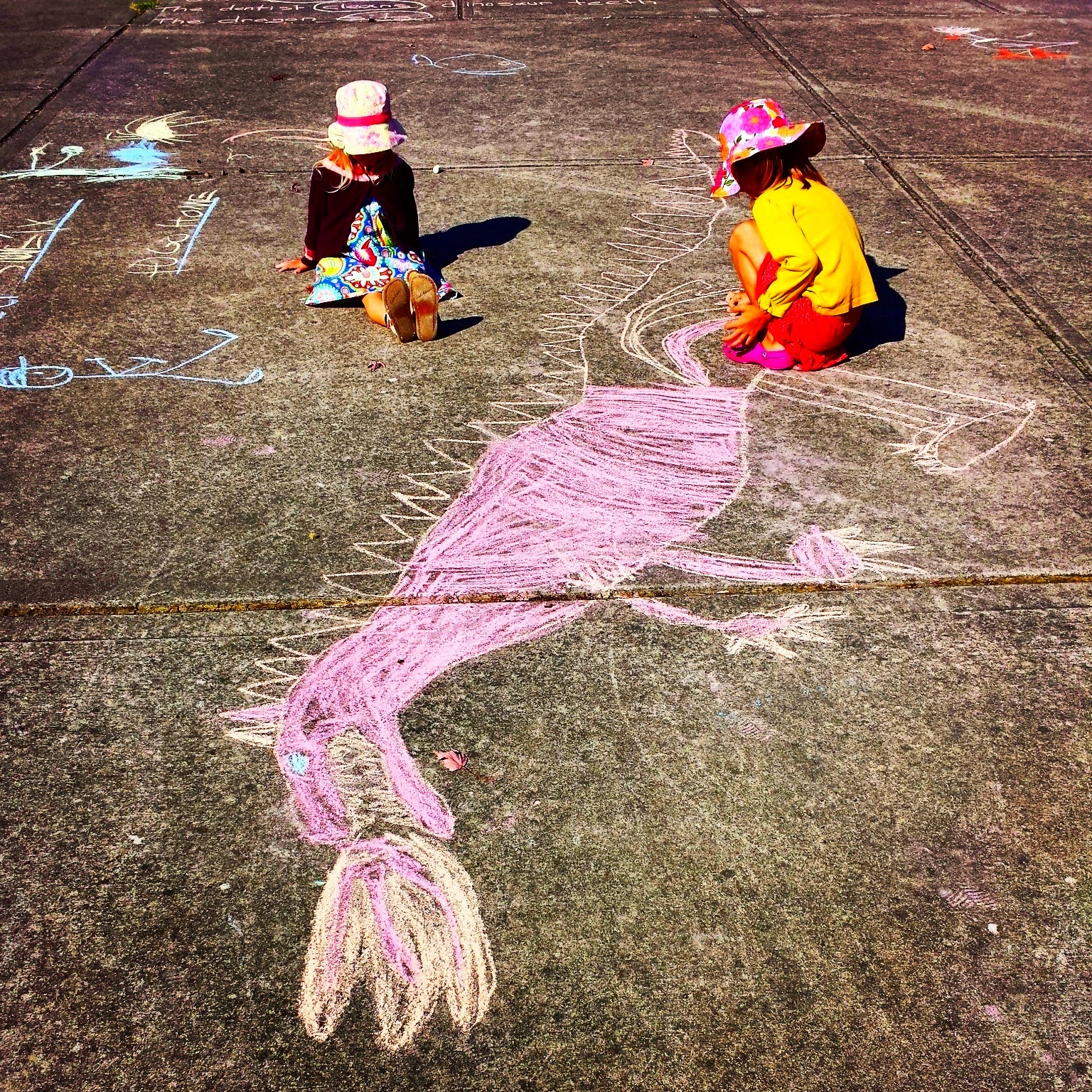 Sometimes friends just sit in support...
Posted by Sarah at 2:00 AM No comments: Links to this post

GIF credit to MorgainePendragon on Tumblr
(If you're not a Buffy fan we should have a serious discussion about your life choices...  However, that's not the point of this particular post.)

During my last year of high school I cried myself to sleep every night during the month of March. I was leaving home for college that coming September and mourned in anticipation. And then I mourned again when I actually got there, for all of the same reasons and for all new ones too.


We try to prepare ourselves. Visualize the scenarios, plan the course of action, and imagine what it will feel like and how we will react.


We know the facts, we know the steps, we know what’s coming and still, with all of the preparation, there is the moment.


Toe up to the line we could see coming, the one drawn with “someday” in mind.


Pause in the breath between then and now.


Step over the edge.


And it’s an entirely different world.
Posted by Sarah at 7:55 AM No comments: Links to this post

Sarah
I work, I mother, I read, play soccer and quilt along with a myriad of other things. Did I need to add a blog to the long list? Probably not but it seemed like fun idea at the time!